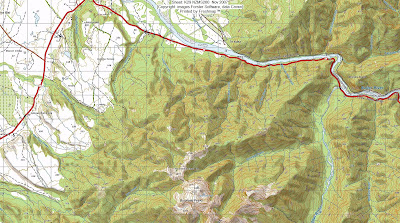 This weekend was supposed to be a Club trip to Sawcut Gorge but the weather forecast during the week was for plentiful rain in the aforementioned location and due to the river levels being of critical importance to the success of that trip, the leader pulled the plug on Thursday night. This resulted in a flurry of emails between the rest of the group, who all desperately wanted to do something this weekend. Buckland Peaks and the attendant Hut became our destination of mutual consent. I was especially pleased at this, as this destination had been on my to do list for many a year. Therefor 6 trampers headed west on a balmy Saturday morning to arriving at our destination at around Midday. After leaving the car we first got to experience a 6km slog along a 4WD track before we get to the start of a very good track through very attractive bush. The hut sits at just above 1100M, so after a climb of around 1000M and 4 or so hours from the car we ascend into the basin where the hut is located. After claiming bunks and making a cuppa we settled down for a short rest before heading up to have a look at the tops. One of the more experienced members of the group must have been feeling fairly lethargic at this time and suggested waiting until the morrow to tackle the tops after we left the hut. Obviously none of us took any notice of the many stories in the hut book of parties that didn't make the summit due to the weather conditions. Some of us did go for a wander around the closer ridge overlooking the hut and then settled in for a pleasant evening of socialising and sleep.
Of course the morning dawned with thick clag and light rain obscuring all visibility and after a prolonged breakfast and packing, hoping things would clear, the leader decided to cut out losses and head back to the cars.
Uncle Roddus took off at a great rate of knots and didn't stop until the clearing on the track signposted "Halfway House"(its not) whereupon he stopped for refreshments and for the others to catch up. Two of the others soon arrived and informed Uncle Roddus that due to the break in the cloud, three of the group had headed back up to hopefully get a glimpse of the tops, we didn't share their optimism and already being so far down the hill, were reluctant to slog all the way back up. A wise choice as the clag didn't clear of the tops.
We arrived back at the cars soon after midday and made it back home by tea time, the others who went back up to be disappointed by still not getting any views, didn't get back till after 10pm. 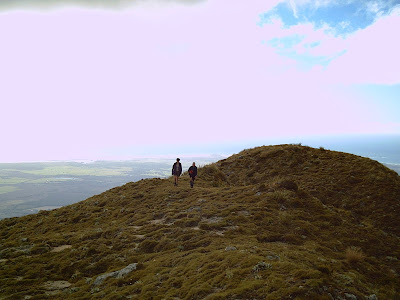 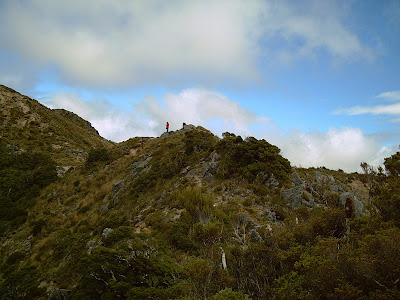 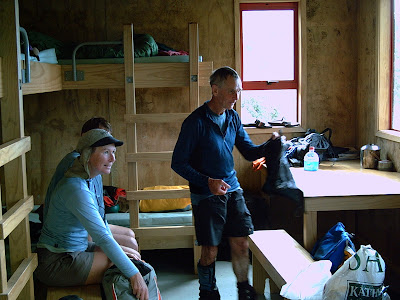 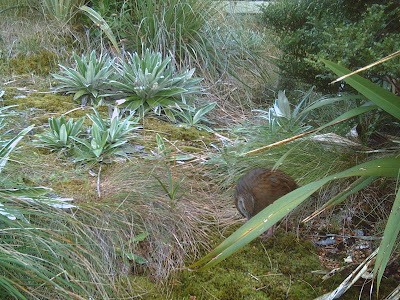 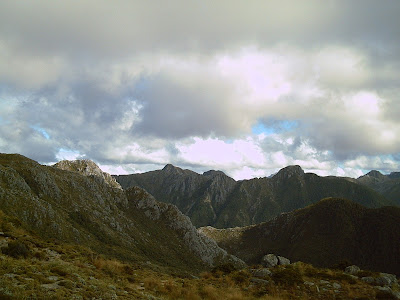 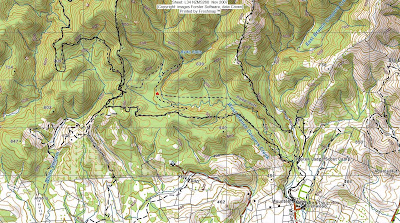 A frequently visited spot over the years as it is such a short walk and so close to home. I'm not sure why I even bother to keep documentating theser strolls as tramps any more. At least they help keep the numbers up.
This trip was undertaken on a fairly hot summers day with my tramping buddy Bryce, his then recently new lady and one of her friends. I have no photos of this trip.
Posted by Roddus at 8:47 PM 0 comments 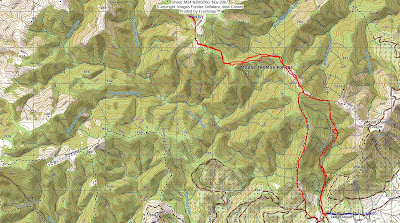 This was another trip I did with the Christchurch Tramping Club and I wrote the trip report which is on their web site. Below it the report from that trip.

The trip description for Bobs Biv in the club newsletter said, “An excellent post-Xmas, new year’s resolution-to-do-more-tramping-trip.” And so it was for me and also it was a revisit of my very first trip with the club in September 2000.
As I live in Oxford, I met the party at the Wooded Gully picnic area on a cool foggy morning just after 9am. After the usual “Hey Roddus, we haven’t seen you out for ages” and a quick reminisce with Helen, who was on the aforementioned expedition in 2000, it was decided to tackle Mt Thomas first, as some of the party hadn’t been up there. As we climbed, we passed through the fog into very warm sunshine and the sight of a big white fluffy blanket covering most of the Canterbury plains. Clive and our trusty leader soon left us in their dust until we reached the summit of Mt Thomas in about 1¼ hours. We found some shade and had 1st smoko.
From the summit we headed off west along the open ridge, dropped down into bush to the junction of the Wooded Gully track, continued on to the junction of the Ridge track, and then on to the junction of the Pinchgut hut track(not signposted), where Kerri erected her new sign pointing to the Bobs Biv track(now signposted). Had second smoko and hoped to have lunch at Bobs Biv. After travelling some time along the track and debating how long it would take to get there, it was decided to lunch at 1pm even if we were not at the biv by then. Sure enough 1pm came and went, and still no biv, revolution was in the air, legs were getting wobbly and it was decided to lunch in the shade of the trees just before the track disappeared into open tussock.
Towards the end of lunch, I pointed out that Murphy’s Law predicted that the biv would only be a few more minutes walk along the track from where (some of us in desperate hunger) we were forced to stop for lunch. Sure enough, after 10 or 15 minutes we re enter the bush and there is Bobs Biv.
Bobs Biv was lovely and clean with the most inviting mattresses I have seen in a hut, a big outdoor tin fireplace and a trickle of a stream nearby. Helen and I found our names in the hut book from 2000. Clive madly asked if there was any way we could carry on down to the Garry river and link back to our cars, an idea that was soundly rejected by those of us of a more moderate tramping nature and so off we headed in the direction from which we came. We descended from the ridge down the Ridge track through beech forest until the last part of the day was trudging through the awful wastelands left by the harvest of the pine forest. Even though it was nearly tea time it was still pretty hot out there in the open. We arrived at the cars, sore, wary and thirsty after nearly 20 km of walking (next time I’ll stay the night). Still, it was a most enjoyable day.

I think this must have been about the time I broke my camera as the very few shots I have of this trip were taken on a freebee camera I got with some electrical items I brought for work and the picture quality is very lousy. I flogged this picture off the CTC website. Uncle Roddus is the one looking over Helen's sholder at the hut book. 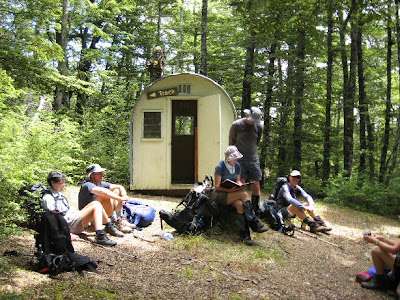