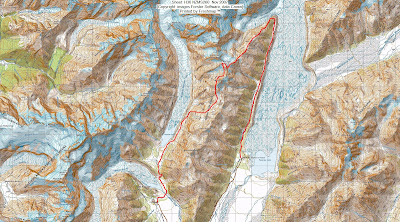 This trip I did with the Christchurch Tramping club is one of the most fantastic trips I have done and ranks up there with Mt Owen for the stunning scenery. A compulsory trip for any serious tramper.
I had invited my friend Bryce to come along, as he has suggested doing the 5 passes trip in Mt Aspiring national park, which is a 5 day trip and I wasn't quite sure, but doing this trip convinced me to go on that expedition, which is the next trip in my diary.
The group were leaving Christchurch early on Friday evening, but both Bryce and myself weren't able to get away quite so early, and so we drove down later, arriving at Aoraki village about 10:45PM and found our group asleep in the shelter. Awoke to a warm but overcast day at around 6AM and after breakfast, drove up the Tasman valley as far as we dared take the car. After leaving the vehicle, we set off up the valley, on the track along the Moraine wall, our next stop, Ball Shelter. By this time the sky's had cleared and we were presented with a stunning day for the remainder. After a rest stop at Ball Shelter, we headed off up the ridge, with stops for photo opportunities and enjoyment of the scenery, before a visit to Caroline hut. Then it was off to the Pass itself, which had very little snow and was reached somewhere around 5PM. heading off along the Hooker side of Ball Pass, we had to crampon across a small patch of snow as we travelled along under Mounts Rosa and Mabel before finally reaching an area called the playing fields, around 8PM, where we camped. after a 12 hour day we were rewarded with a stunning sunset on Mt Cook.
The next day was overcast with light drizzle, but we made quick time out, as we had done most of the work the previous day, and made it back to our destination by lunchtime, giving us plenty of time for the long drive home.

These photos are in a bit of a random order and some of them are Bryces, that he sent me. They loaded in this order and Blogger is a bit of a pig when it comes to editing them, so enjoy this random sampling. 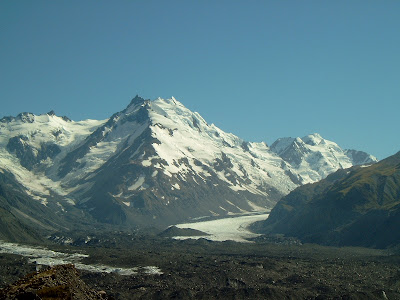 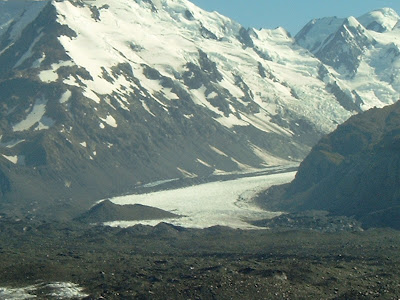 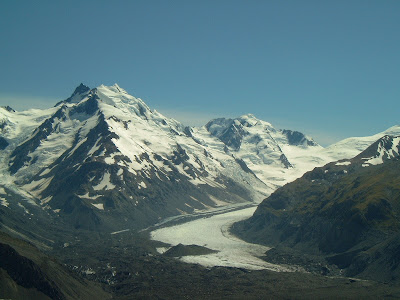 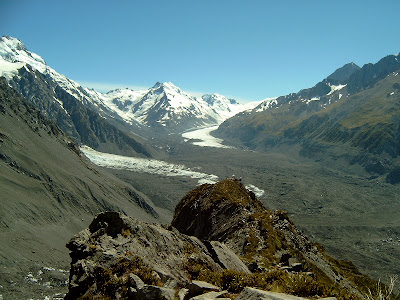 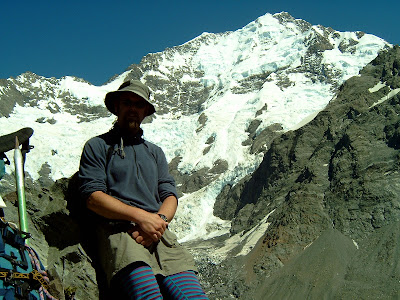 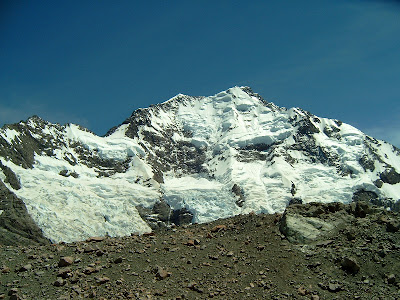 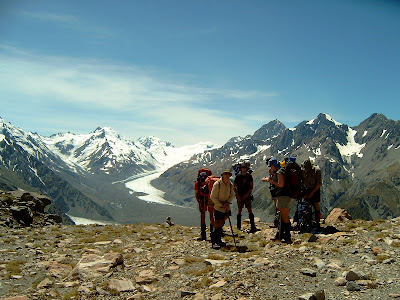 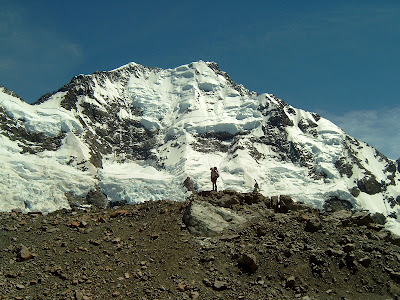 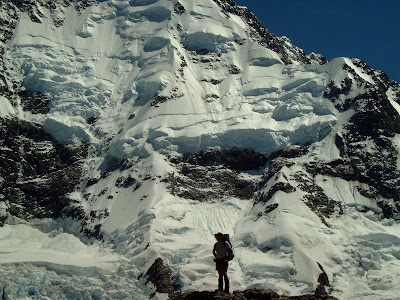 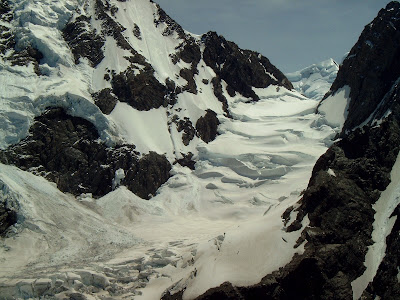 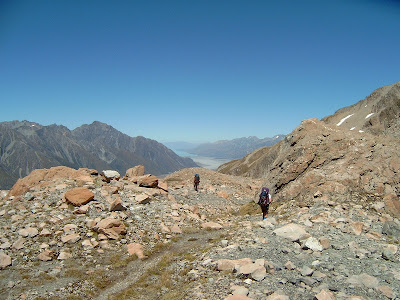 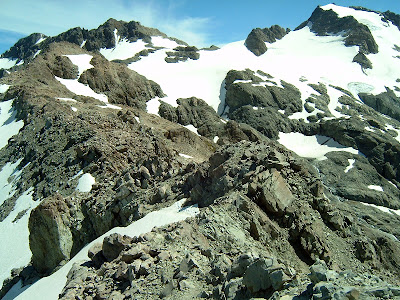 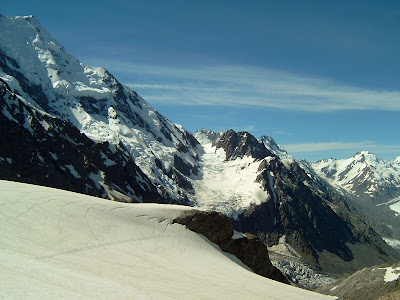 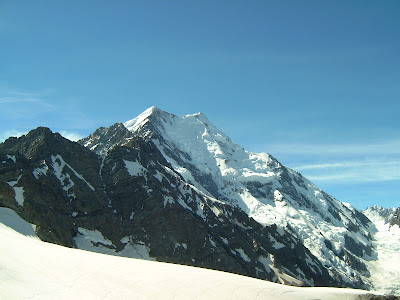 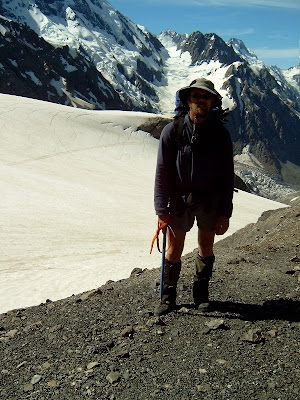 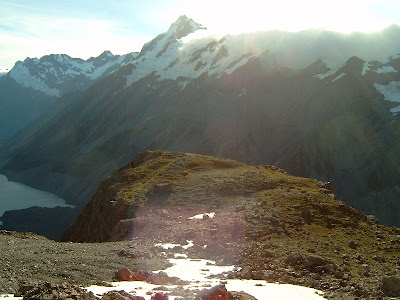 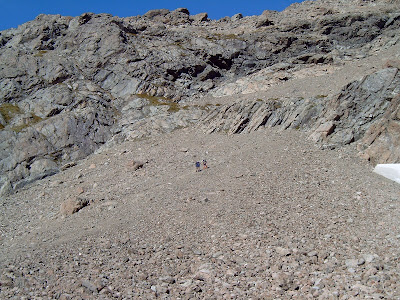 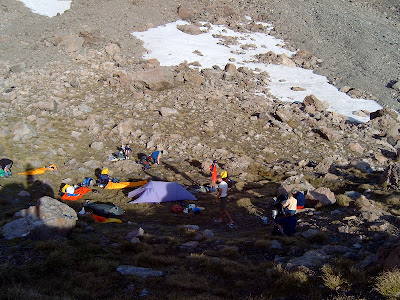 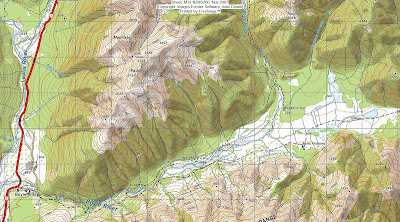 This trip with the Christchurch Tramping club onto Faust, which is the hill on the southern end of The Libertto Range, overlooking the Lewis Pass Highway, is a common trip in this area. According to my tramping diary, 15 of us left the St James Walkway car park at around 9:30am, on what looked to be a fairly fine day. My memory is a bit vague, but apparently we crossed the Boyle river on the main road and headed up a good track on the south-western ridge of Faust, travelling through lovely open beech forest. We stopped for eats at the first large tarn, before heading on to Faust itself. Here the group split, with several of us carrying on to a point, of which I am not quite sure of now, further on, while the rest stopped at Faust. After Lunch, as the wind was getting up, we returned to the rest of the group. According to my diary, we descended down the eastern side of the mount following a possible loop track, which we lost half way down and so dropped down a shingle slide into a creek bed and followed that out to the St James Walkway.