Roddus Album Of The Century 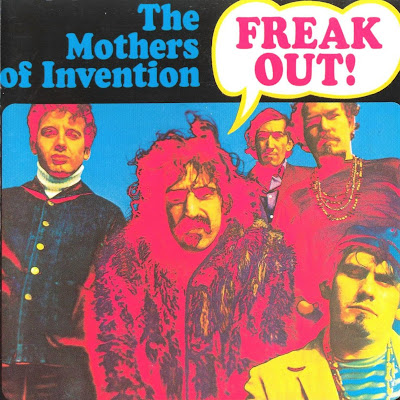 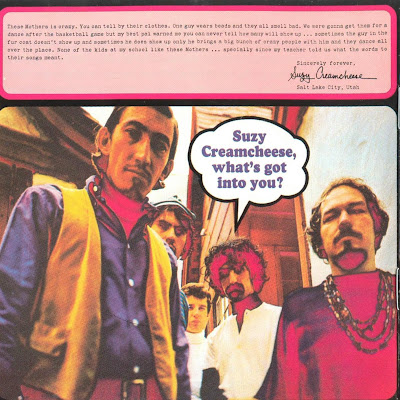 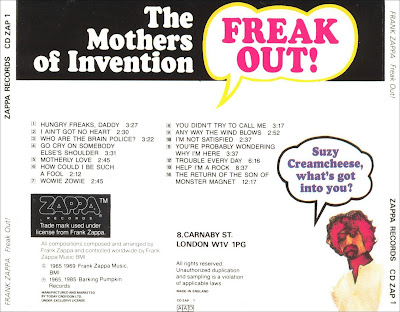 Links to this post
Email ThisBlogThis!Share to TwitterShare to FacebookShare to Pinterest
Labels: Mothers Of Invention, Music

Another Roddus album of The Day 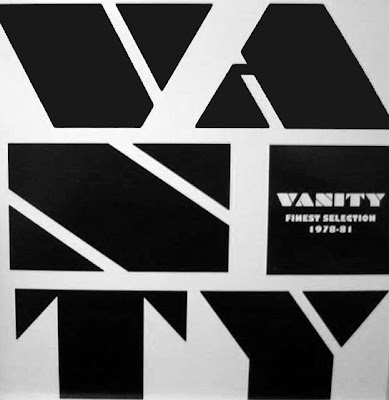 1. BGM- And
2. Sympathy Nervous- Inverted Type
3. Dada- Yuuen Inraku Gaki
4. Mad Tea Party- Hide & Seek
5. RNA Organism- Yes, Every Africa Must Be Free Eternally
6. Arbeit- Bundes Nachrichten Dienst
7. Aunt Sally- Aunt Sally
8. Morio Agata- ------
9. Normal Brain- Music
10. Perfect Mother- You'll No So Wit
11. Tolerance- Sacrifice
12. Kiiro Radical- Denki Noise Dance 3
Late Friday night, Mrs Roddus is asleep as she has to go to work at 4:30am tomorrow, Mrs Roddus In law, has finally moved back to the city after her house was trashed by the Earthquake in September and so I get to do my own thing in peace, which was suppose to be writing a couple more reviews of albums I listened to on the MP3 player at work today. But alas, during my research I keep finding other blogs with other interesting types of music to sample. Musics of such a wide scope and variety of which I wouldn't ever get to check out if they weren't shared by other music enthusiasts, the rare and obscure stuff that you can't go down and buy at the local mall chain music store. Music so obscure and different and commercially unavailable that you would be very lucky to find any of it even at the more specialist stores. Which brings me to the find of the night of obscure music.This compilation is a sampling of  excellent Japanese music released by the insightful and totally brilliant Vanity label back in the late 70s and early 80s.Vanity released only 11 full albums during its short life time and these were only in limited numbers of 300-500 copies. That makes for some very rare and obscure music.That doesn't mean that it is any good though. In the case of Vanity records though, judging by the quality of the tracks on this sampler, the music is consistently good.We're not talking top 40 here or FM rock or any form of commercial music. We are talking about  fairly weird stuff here, which is most often the case with so much Japanese music. A good mix of styles that all gel together very well and certainly show their influences, reminding me of English post Punk like The Mekons, Cabaret Voltaire, The Slits, A Certain Ratio, along with early electronic sounds and even some Krautrock influences. Others talk of Fripp and Eno influences and there is plenty of atmosphere amongst this lot. Right from the first listen I wanted to check out the records released from this label and so started to search for a Vanity records discography to help me search.The first site I found, I hit pay dirt with  a list of everything Vanity released with links to blogs that had uploaded this wonderful and hard to find music.I am gonna rate this Sampler 5/5 and as I type I am downloading some of those releases to check out soon.
Go here to visit the blog from which I found this Gem.
And here to check the list of releases and links to download.
For those adventurous enough to check this out, I hope you enjoy as much as I am.
Posted by Roddus at 11:59 PM 0 comments 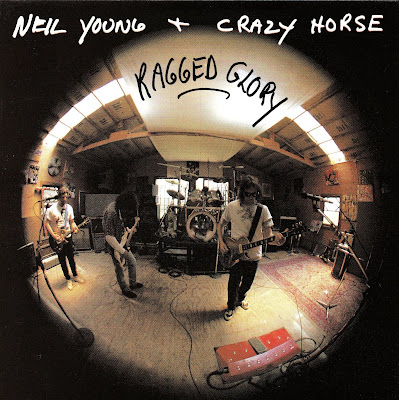 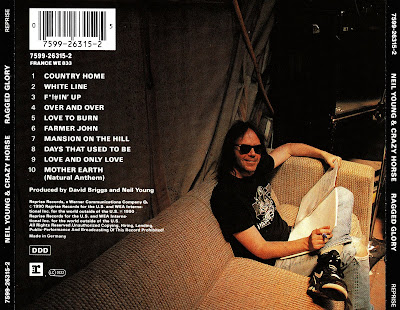 This little baby has been sitting here ready to review for several months, but got put on hold as I got so busy lately with other things and so I thought I had better deal with it now and get it out of my draft folder. Ragged Glory is the third in a trio of excellent albums Neil released at the end of the 80's marking a serious comeback to form. It was about this time that I really started to discover his earlier music, as I wasn't at all interested in him in my earlier Punk days and because of that disinterest I missed seeing him play here in 1984.
This excellent quality digital recording done with his rockin' band Crazy horse, certainly rocks out in most of the songs here and there is a consistent quality across this whole album. Farmer John is a great cover of an older song that I am familiar with but Neils version has become the most familiar to me. Songs like the most excellent "Love & only love" reminds me of Pearl Jam, who were just starting out at this time."f**king Up" is also a timeless classic. Pretty much vintage young throughout except one small criticism with the early digital production making the sound of the music sound a little  sterile or processed. Overtly polished May be a more apt description. So my rating is 4.5/5.

Links to this post
Email ThisBlogThis!Share to TwitterShare to FacebookShare to Pinterest
Labels: Music, Neil Young and Crazy Horse

Roddus Album of the Day Again 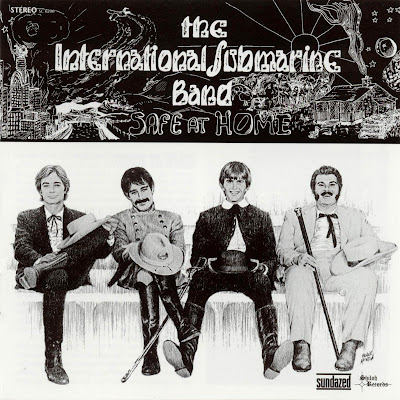 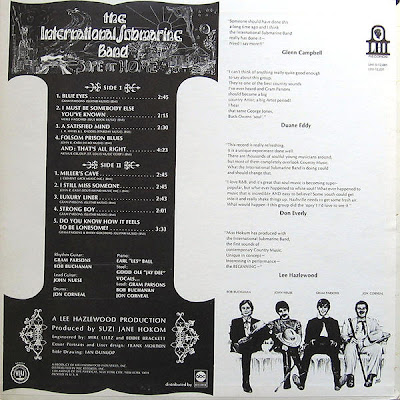 This one and only album from the Gram Parson led International Submarine Band is a bonafied classic. Very early country rock( though much more closer to pure country than rock) this album just oozes class .Gram certainly brought a new freshness and coolness to country with this effort."Luxury Liner" recalls Johnny cash but with harmonised vocals and is a stand out on an album full of great music. Johnny also turns up with the cover of his "Fulsom Prison Blues" which transmutes into a cover of Crudups "That's Allright" The first track "Blue Eyes" sets the standards in musical quality and lyrical themes, which are certainly country to the core.
A piece of perfection of the genre and worth 5/5.
Get this Here and enjoy.
Posted by Roddus at 9:51 PM 1 comments

Links to this post
Email ThisBlogThis!Share to TwitterShare to FacebookShare to Pinterest
Labels: Music, The International Submarine Band 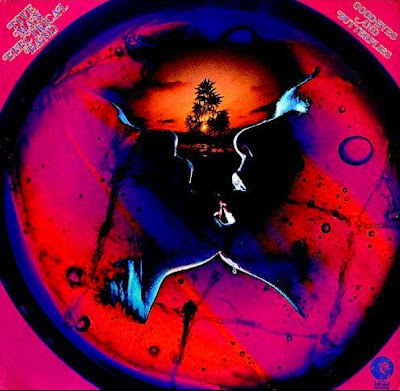 01. Signs (4:01)
02. Safe And Sound With Jesus (3:28)
03. Dance Of The Swamp Woman (3:56)
04. Butterfly (4:53)
05. Hello Melinda Goodbye (3:15)
06. Moonshine (2:06)
07. Forever Together (2:29)
08. Mama's Baby Child (3:28)
09. Man With The Horse And Wagon (4:44)
10. All Is Right With The World Tonight (3:43)
11. Variations On A Theme Of Lepidoptera (2:44)
Continuing on with the slew of rare posts I have obtained from my buddy over at Rare MP3 blog, on the Ipod today first up is this good Pop/Rock outing from this one hit Canadian band from Ottawa. The Opening tracks "Signs" was their moderate hit with is opening lyric "And The Sign  Said Long Haired Freaky People Need Not Apply", which was sampled directly on a Fat Boy Slim song a few years ago Called "Don't let The Man Get You Down ".Plenty of other catchy tunes to enjoy here with some nice guitaring on some tracks to give it that rock edge. I especially enjoyed the groovy organ sound on "Hello Melinda..." and "Dance Of The Swamp Woman" rocks out with that guitar I mentioned.Certainly a typical quality 70s pop album with plenty of variation of styles if you listen carefully and of course a touch of Blood, Sweat & Tears and The Guess Who is apparent and of course the ever present Beatles. nothing here to set the world on fire though and also nothing here that is bad, so my rating for this platter is 3/5.
Have A Listen Here
Posted by Roddus at 9:18 PM 1 comments 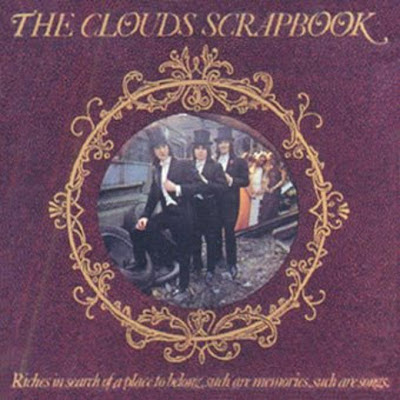 01. Introduction - Scrapbook (1:08)
02. The Carpenter (3:30)
03. The Colours Have Run (3:01)
04. I’ll Go Girl (3:21)
05. Grandad (2:11)
06. Ladies And Gentlemen (3:09)
07. Humdrum (1:08)
08. Union Jack (1:25)
09. Old Man (3:26)
10. Waiter, There’s Something In My Soup (7:01)
11. Scrapbook (2:51)
Another recent post from Rare MP3 blog that has been playing on the ipod along with Sons Of Champlin for the last few days. This obscure Scottish proto prog three peace from Edinburgh released this debut album in 1969 to good reviews but little commercial success.A quality release by quality musicians, well recorded and an eclectic mix of music. This outfit works mainly with Organ/keyboards, bass and drums with plenty of orchestrations to flesh out the some of the songs. With touches of music hall and the Beatles infused with  psychedelic touches and warping into that prog pomposity. like on "Waiter..." the songs here showcase a talented group which never got the  recognition they deserved. The super paced "Carpenter" stands out as well as the scat and drums of "Humdrum"."Old Man is great Prog pop with the bonus of some good harp.
The albums center piece "Waiter..." is a brave attempt and although enjoyable,  doesn't quite pull it off. The rest of the album is a lot slower with the orchestrated psychedelic pop songs which also don't all inspire me but the Beatle inspired music hall numbers "Union Jack" and "Grandad" are fun. Roddus Rating 3/5.
Have a listen for yourself Here
Posted by Roddus at 10:23 PM 1 comments 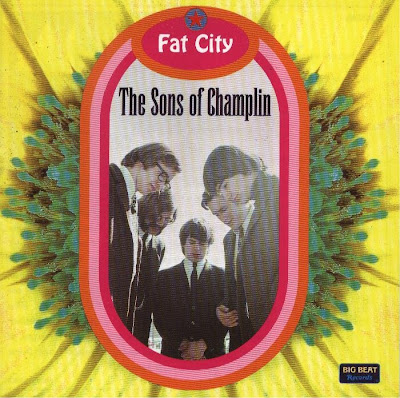 Links to this post
Email ThisBlogThis!Share to TwitterShare to FacebookShare to Pinterest
Labels: Music, Sons Of Champlin 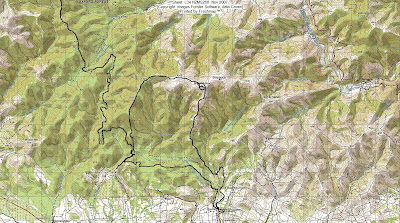 Well after a pretty lousy winter weather wise as well as a very busy one with work and other things, I have finally got back out for some tramping this Labour Day holiday. Just did the Mt Oxford loop track again, as it is right on my backdoor step and is a good moderate day to get an idea of fitness levels after the winters tramping inactivity. The Day was fine with high cloud and a moderate breeze as Bruce & I headed off around 9:00 am for our days adventure. Bruce and I had done this same trip this time last year and I have been up Mt Oxford about 6 or 7 times now. The day went well with the sun appearing from the cloud cover late morning and the wind also dropped as we approached the summit just before midday. A leisurely 40 minute lunch was masticated after the photo shoot as we enjoyed the great views of the Canterbury plains and then we set off down the west side of the mount for the round trip back to the car.My new walking poles proved to be a real bonus for tramping with and my legs feel a lot better for them at the end of the day. We got back to the car around 4:30pm after 7 &1/2 hours and around 20KM with about 700m height gain. 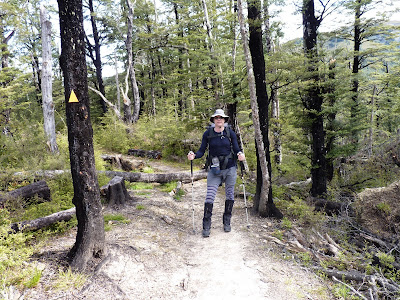 Trying out my new walking poles 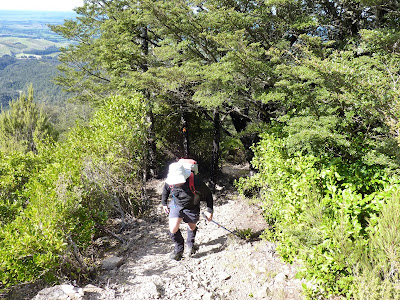 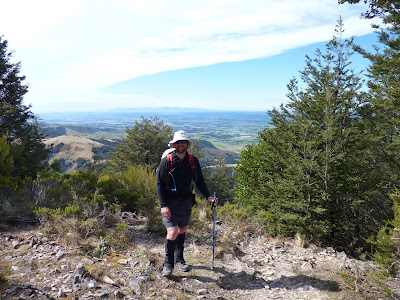 Bruce with the port hills in the distance 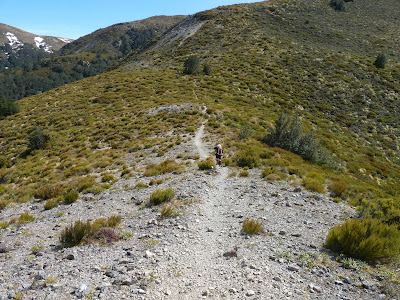 It was a bit windy along this part. 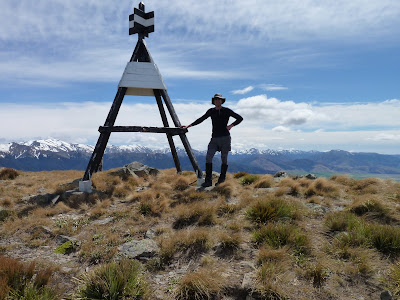 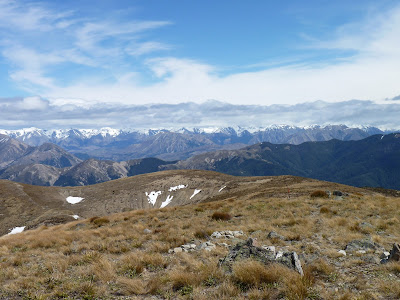 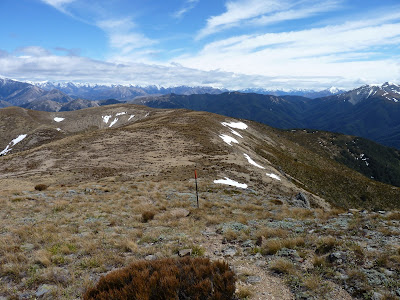 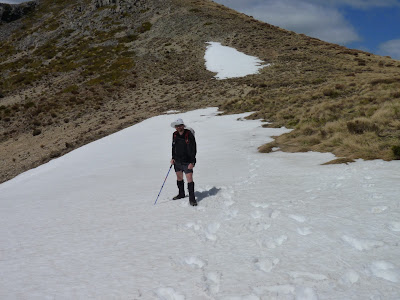 The last of the winters snow 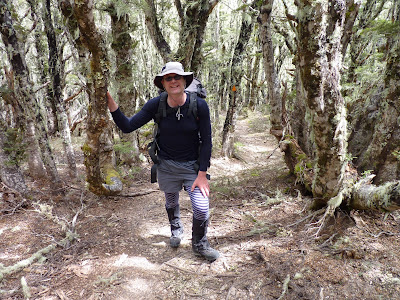 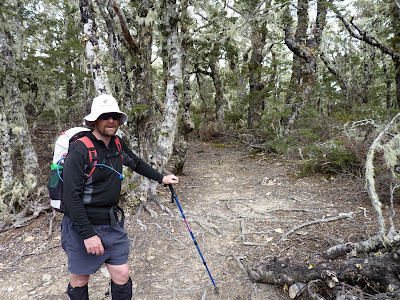 Are we there yet 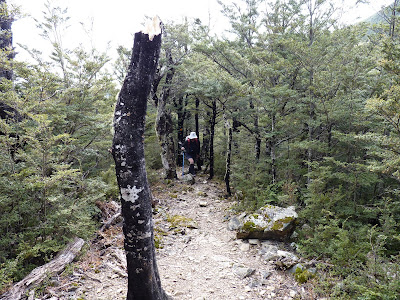