We were hoping like hell that we were on the road to recovery after the September 4th, 7.1 Earthquake.
Unfortunatly at 12:51pm on the 22 Febuary while I was home at Oxford having lunch, I was in my office as the house started to do another of those big wobbles that we had been having less of latley. I wasn't too bad here, a sort of slow rolling shake that sort of dragged on a bit. When it had finished I thought "I hope like hell that wasn't the outer limits of another big shake in the city". We turned on the TV and sure enough breaking new texts were travelling across the screen with coverage to follow soon. What followed was scenes of the devestation left by a 5KM deep 6.3 earthquake centered 5Km from the city. Many, many buildings have been extensively damaged and so far 38 fatalities and possibly a couple of hundred still trapped in buildings. We are ok out here 60Km from the city and all friends and family have come through unharmed. Below are a bunch of pictures i have found on the net of the mess my home town is in. 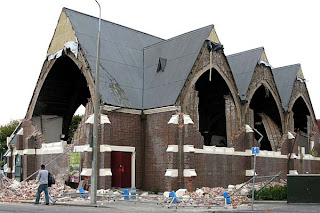 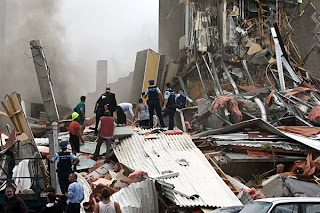 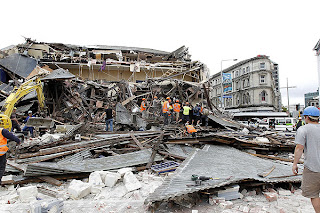 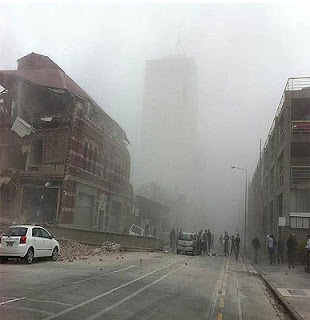 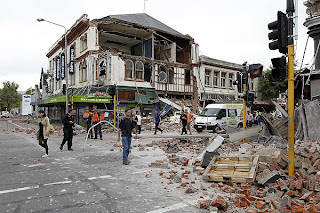 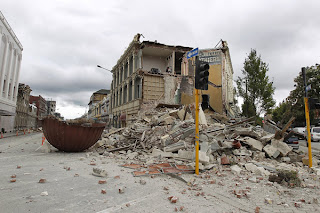 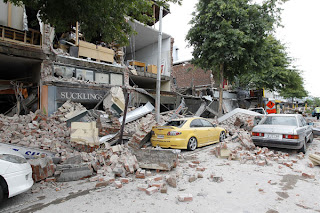 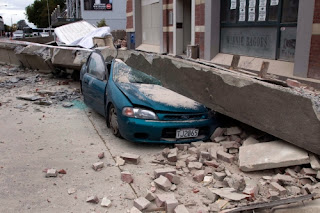 Email ThisBlogThis!Share to TwitterShare to FacebookShare to Pinterest
Labels: Earthquake

Mate, my thoughts are with you and the people of Christchurch, we had an earthquake here in '89 it was only 5.5 but that was enough for me, I'm sure the people will all pull together and make it as easy as possible for the victims, there is very little that we can do from afar, and it does seem very unfair for it to strike again so soon. Thanks for your blog and posts, they are always interesting.

Thanks for your kind words Lugworm

Dear Roddus,
I'm really sorry for what happened to your city and its citizens, and yet I feel relieved that you've fared well.
Leo.

So, so sad to hear about what's going on in Christchurch. I'm a big fan of NZ, and I hope you all pull through ok.
I'm also a resident of New Orleans, so I can empathize pretty deeply with you folks. I really hope you get all the aid you need to fix up your beautiful city.
I'm glad you and your family are safe.
--vee

Thanks Leo and Vee for your comments, All friends and family are well and accounted for. Still in shock at the distruction and loss of life, although again, 75 confirmed dead is far less that it could have been in a city of 350000.

i found your blog and liked it

you're from new zealand? if you're from there or if you got some relatives or friends, feel all my support and good vibes, we pass through the same situation one year ago, and it's something terrible, in the end, I thought about (i'm still thinking the same...) that the human existence is so fragile.... and we're so tiny, compared with mother earth, the univers and others things

Thank you for your pictures and words on the quake.

I wish you luck in the coming months and years dealing with the aftermath of this terrible day.

I have donated to the Red Cross, and hopefully that aid reaches you Cantabrians quickly.

From the 'tron
Matthew Skiffington

Awesome Matthew, and thanks for your words and generosity.

Perhpas the town needs a new name?
Naaaay, that wouldn't help, as this video points-out.....
http://www.youtube.com/watch?v=_m6qC6FCiY0

I just found your blog today. It's amazing to find on Internet people from places from afar, mainly from the beautiful and friendly NZ.

I think the world has just forgotten the earthquake in your country after Japan's quake and tsunami. But I do hope you are far on the road to recovery the city again.

I also wonder if you had stopped the posts.